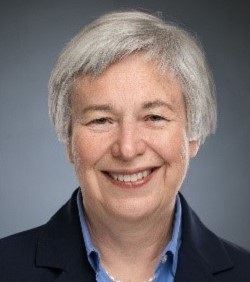 Annette Reilly, IEEE Senior Life Member and IEEE-CS Golden Core, has served on the IEEE-CS Standards Activity Board since 2010 and as the Computer Society Representative to ISO/IEC JTC 1/SC7, Systems and Software Engineering, since 2013, where she oversees joint development of over 35 active ISO/IEC/IEEE standards. She is Vice Chair of INCITS-SSE, the US Technical Advisory Group for ISO/IEC systems and software engineering standards. She was a member of the IEEE Standards Association Standards Board from 2015 to 2019 and joined the IEEE Publications Services and Products Board in 2019. She has served on the ExCom for the IEEE-CS Systems and Software Engineering Standards Committee since 2001. She is a member of the IEEE-SA Open Source committee. She is project lead, editor, or co-editor for a dozen standards, including ISO/IEC/IEEE 12207:2017 (software engineering processes), 15289 (four editions), 23026, 24765 [see computer.org/sevocab], 26511, 26512, 26513, 26514, 26515, 26531, 24774, 24748-3, IEEE P7000, and IEC/IEEE 82079-1, now a horizontal European standard.

Reilly retired from a 31-year career at Lockheed Martin, where she held responsibilities for proposal and engineering management, systems engineering, and technical documentation. She developed technical and management solutions and proposals for major ITC domestic and international government customers, including program management, architecture, transition, and IT service management disciplines. She was President of the Society for Technical Communication (then a 16,000-member organization) in 1993-94 and its annual conference chair in 1997.

2021-2023 Board of Governors
Learn more about volunteering

2014 Hans Karlsson Award
“For harmonization and development of novel approaches to the system and software engineering standards for vocabulary, life-cycle information, and user documentation.”
Learn more about Hans Karlsson Award