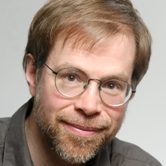 James W. Demmel is professor of Computer Science and of Mathematics at UC Berkeley, where he holds the Dr. Richard Carl Dehmel Distinguished Professorship of Engineering. He also has a joint appointment with the Future Technologies Group at Lawrence Berkeley National Laboratory. His work on numerical methods, including the widely used libraries LAPACK, ScaLAPACK and SuperLU, have earned numerous awards, including SIAM Fellow, IEEE Fellow, National Academy of Engineering, ACM Fellow, J. H. Wilkinson Prize in Numerical Analysis and Scientific Computing, and the SIAM SIAG Prize on Linear Algebra (twice, once with W. Kahan), among others. He was an invited speaker at the 2002 International Congress of Mathematicians (ICM) where he spoke on “The complexity of accurate floating point computation,” and again at the 2003 International Congress of Industrial and Applied Mathematics (ICIAM).

His leadership activities include (founding) Chief Scientist for CITRIS, a large multicampus research institute involving over 200 faculty from 50 departments at 4 UC campuses (2001-2005), Co-Chair of the Scientific Advisory Committee of MSRI (2001-2005), NRC Committee on the Future of Supercomputing (2003-2005), and mostly recently establishing and leading a new graduate program in Computational Science and Engineering, with 117 faculty from 22 departments participating.

He is known for his work on the numerical linear algebra libraries LAPACK and ScaLAPACK for which he is co-PI with Jack Dongarra. These libraries form part of the standard mathematical libraries for many vendors, including AMD, Apple (under Mac OS X), Cray, Fujitsu, Hitachi, HP, IBM, IMSL/Rogue Wave, Intel, InteractiveSupercomputing, Mathworks (producers of Matlab), NAG, NEC, PGI and SGI. There are over 5.5M web hits on the public versions of these libraries at www.netlib.org in 2008 and 2009 (excluding traffic from bots, etc). His parallel eigensolver in ScaLAPACK (with Ken Stanley), used in a 605 GFLOPS electronic structure calculation, won 2nd prize in the Gordon Bell Peak Performance Prize at Supercomputing 98 (M.Sears, K.Stanley, G.Henry). He supervised the development of PHiPAC, the first autotuner for dense linear algebra.