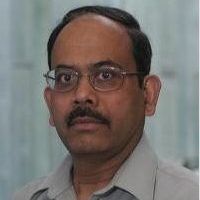 Laxmikant “Sanjay” Kale is the director of the Parallel Programming Laboratory and a Professor of Computer Science at the University of Illinois at Urbana-Champaign. Prof. Kale has been working on various aspects of parallel computing since 1983. His focus is on enhancing performance and productivity via adaptive runtime systems, which support automatic dynamic load balancing, fault tolerance, and power management. He developed the “migratable objects” parallel programming model and its implementation in the Charm++ parallel programming system. In addition to the traditional HPC platforms, the adaptivity of this model is well-suited for cloud environments. Underlying his work is the belief that only interdisciplinary research involving multiple applications, in science and engineering as well outside of it, can bring back well-honed abstractions into computer science that will have a long-term impact on the state-of-art. His collaborations include the widely used Gordon-Bell award winning (SC’2002) biomolecular simulation program NAMD, as well as collaborations on developing computational cosmology code ChaNGA, quantum chemistry (OpenAtom),  agent based Simulation (EpiSimdemics), weather and climate codes, rocket simulation, space-time meshes, and other unstructured mesh applications. He takes pride in his group’s success in distributing and supporting software embodying his research ideas, including Charm++, Adaptive MPI and associated tools. His team won the HPC Challenge award at Supercomputing 2011, for their entry based on Charm++.

Kale received a B.Tech degree in Electronics Engineering from Benares Hindu University in 1977, and a M.E. in Computer Science from Indian Institute of Science, Bangalore, in 1979.  He received a Ph.D. in computer science from State University of New York, Stony Brook, in 1985.

He worked as a scientist at the Tata Institute of Fundamental Research from 1979 to 1981. He joined the faculty of the University of Illinois at Urbana-Champaign in 1985. Prof. Kale is a fellow of the IEEE.