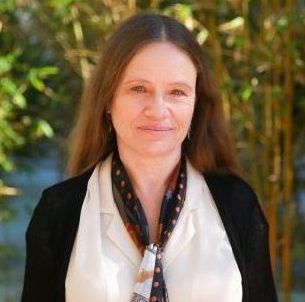 Linda Petzold is currently the Mehrabian Distinguished Professor in the Department of Mechanical Engineering and the Department of Computer Science (Chair 2003-2007), and Director of the Computational Science and Engineering Graduate Emphasis at the University of California Santa Barbara. She is a member of the US National Academy of Engineering and a Fellow of ACM, ASME, SIAM and AAAS. She was named the UCSB Faculty Research Lecturer for 2011, was awarded the SIAM/ACM Prize for Computational Science and Engineering in 2013, received an Honorary Doctorate from Uppsala University in 2015, and was awarded the SIAM Prize for Distinguished Service in 2016.

Professor Petzold’s research focuses on modeling, simulation and analysis of multiscale systems in materials, biology and medicine. She is best known for her pioneering work on the numerical solution of differential-algebraic equations (DAEs). Many physical systems are naturally described as systems of DAEs. These systems often consist of differential equations coupled to nonlinear constraints, and occur in the mathematical modeling of electrical networks and power systems, flow of incompressible fluids, mechanical systems simulation and control, chemical process simulation and control, and in many other areas. Professor Petzold’s software, DASSL and its successor DASPK for the numerical solution of DAEs, is widely used throughout science, engineering and technology.

Professor Petzold has also made seminal contributions in the area of systems biology. Much of her work in this area has focused on development of computational techniques for the discrete stochastic simulation of multiscale biochemical systems. In microscopic systems formed by living cells, small numbers of key reactant molecules can result in dynamical behavior that is discrete and stochastic (random), rather than continuous and deterministic. In simulating and analyzing such behavior it is necessary to employ numerical methods that directly take into account the underlying discrete stochastic nature of the molecular events. She has also developed widely used software for discrete stochastic simulation, including the StochKit2 and StochSS software packages. Using these techniques and others, she has made important advances in a wide range of problems from biology and medicine, including Circadian rhythm, unfolded protein response, cell polarization, and coagulopathy.