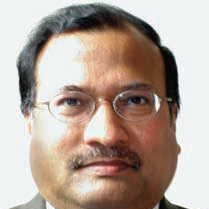 Mukesh Singhal is a Full Professor and Gartener Group Endowed Chair in Network Engineering in the Department of Computer Science at The University of Kentucky, Lexington. From 1986 to 2001, he was a faculty in Computer and Information Science at The Ohio State University. He received a Bachelor of Engineering degree in Electronics and Communication Engineering with high distinction from Indian Institute of Technology, Roorkee, India, in 1980 and a Ph.D. degree in Computer Science from the University of Maryland, College Park, in May 1986.

His current research interests include distributed systems, wireless networks and mobile computing systems, computer networks, computer security, and performance evaluation. He has published over 180 refereed articles in these areas. He has coauthored three books titled Advanced Concepts in Operating Systems, McGraw-Hill, New York, 1994, Data and Computer Communications: Networking and Internetworking, CRC Press, 2001, and Readings in Distributed Computing Systems, IEEE Computer Society Press, 1993. He is a Fellow of IEEE. He is currently serving on the editorial board of IEEE Transactions on Parallel and Distributed Systems and IEEE Transactions on Computers. From 1998 to 2001, he served as the Program Director of Operating Systems and Compilers program at the National Science Foundation.