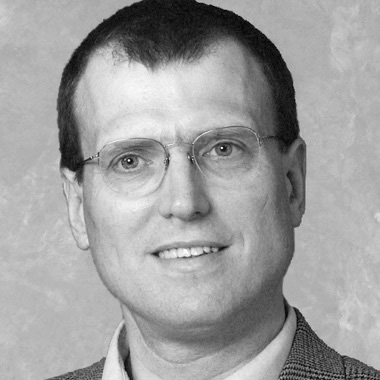 Harrison is an internationally recognized quantum chemist who is the principal architect of the Northwest Computational Chemistry Software (NWChem). In quantum chemistry there are a number of computational packages, ranging from the pioneering effort called “GAUSSIAN,” to more recent commercial packages designed to run on small clusters of workstations.  NWChem is the first largescale effort to produce such a code, and the attendant algorithms, specifically for massively parallel computers. The development of NWChem requires a unique combination of expertise in quantum chemical theory, advanced numerical algorithms, and the use and development of beyond state-of-the-art computer science technology. Harrison is its principal architect, and is the intellectual power behind its initial development. Because this code is publicly distributed and not sold commercially, it has the potential to revolutionize the discipline. It is drawing the attention and collaboration of an international community of collaborators.

NWChem is a true team effort, involving applications scientists and computer scientists. It is built in a modular manner with a framework of tools for molecular science and parallel computing constructs such as MPI and the Global Array Library. The adoption of a distributed-shared memory programming model combined with non-uniform memory access (NUMA) algorithms, is one of the many features that aim to raise the level of composition beyond that of primitive message passing, and to make the code both more scalable and more extensible. In the area of numerical mathematics, NWChem utilizes novel eigenanalysis, and in the area of computer science it is one of the first production packages to utilize software tools for efficient parallel I/O. The accomplishments of the NWChem project are recognized and well described in a recent document issued by DOE, called “Scientific Discovery through Advanced Computation.”

In addition to being the principal architect of the NWChem code, he was one of a multidisciplinary team of scientists who developed the Molecular Science Software Suite (MS3). MS3 consists of three components: 1) the Extensible Computational Chemistry Environment (Ecce), 2) NWChem, and 3) Parallel Software Development Tools (ParSoft). MS3 was winner of an R&D 100 Award issued by R&D Magazine in 1999. The MS3 is a comprehensive, integrated set of tools that enables scientists to understand complex chemical systems at the molecular level by coupling the power of advanced computational chemistry techniques with existing and rapidly evolving high-performance, massively parallel computing systems.

Harrison is also recognized for his basic work in algorithm design in computational chemistry, and for his leadership in encouraging that community to make use of terascale computing platforms. His approximately ten-year effort in providing the intellectual leadership behind NWChem will make it possible for chemists who are not theoreticians, but experimentalists and specialists in other areas, to make use of terascale computing to solve their problems. Harrison has been involved in parallel and high-performance computing, actively developing tools and applications for over 16 years, beginning with the Intel IPSC-2 and FPS T-series, progressing through the Alliant, Intel Delta, Kendall Square and IBM SP, and most recently with the 9 Tflop/s Hewlett Packard IA64 cluster being installed at Pacific Northwest National Laboratory. He was the original developer of both the TCGMSG and Global Arrays portable parallel programming tools, which have become the worldwide standard tools for parallel chemistry applications and have found widespread use in other disciplines.

Currently, he has two main interests in computational research. The first is to use advanced numerical methods, in collaboration with leading mathematicians, to solve longstanding problems in chemistry (notably to eliminate the accuracy and scaling problems that currently stop chemists from doing high accuracy calculations on large molecules). The second is looking toward the next generations of massively parallel computers, with O(10^5) processors, for which both current algorithms and programming paradigms are woefully inadequate. Some of this work is being funded by the DOE’s Scientific Discovery through Advanced Computing Program.