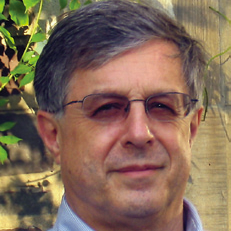 Roberto Car is the Ralph W. Dornte 31 Professor in Chemistry at Princeton University. He is a fellow of the Princeton Center for Theoretical Science (PCTS), and is affiliated to the Department of Physics, the Princeton Institute for the Science and Technology of Materials (PRISM), and the Program in Computational and Applied Mathematics (PACM).

He received a doctorate in physics from the Milan Institute of Technology. Before joining Princeton University in 1999, he worked at the University of Milan, the Swiss Federal Institute of Technology, the IBM T.J. Watson Research Center, the International School for Advanced Studies in Trieste, and the University of Geneva. He is a fellow of the American Physical Society and of the Royal Society of Chemistry (UK), a recipient of an honorary doctorate, and was awarded the 2009 Dirac Medal of the International Centre for Theoretical Physics, the Raman Prize for Computational Physics from the American Physical Society in 1995, and the Hewlett-Packard Europhysics Prize for Outstanding Achievement in Solid State Physics from the European Physical Society in 1990. In 2008, he received a Humboldt Foundation research award for senior US scientists.

His research has been focused on understanding the physical and chemical properties of matter in condensed and molecular phases using computational methods based on first-principles microscopic quantum theory.

2009 Sidney Fernbach Award
“For leadership in creating the modern theoretical and practical foundations for modeling the chemistry and physics of materials. The software resulting from this work is one of the enabling tools for materials science modeling.”
Co-recipient with Michele Parrinello
Learn more about the Sidney Fernbach Award