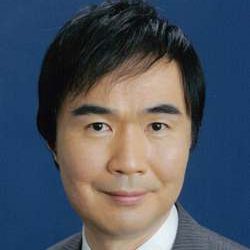 Satoshi Matsuoka has been a Full Professor at the Global Scientific Information and Computing Center (GSIC), a Japanese national supercomputing center hosted by the Tokyo Institute of Technology, since 2001. He received his Ph. D. from the University of Tokyo in 1993. He is the leader of the TSUBAME series of supercomputers, including TSUBAME2.0 which was the first supercomputer in Japan to exceed Petaflop performance and became the 4th fastest in the world on the Top500 in Nov. 2010, as well as the recent TSUBAME-KFC becoming #1 in the world for power efficiency for both the Green 500 and Green Graph 500 lists in November 2013. He is also currently leading several major supercomputing research projects, such as the MEXT Green Supercomputing, JSPS Billion-Scale Supercomputer Resilience, as well as the JST-CREST Extreme Big Data.

He has written over 500 articles according to Google Scholar, and chaired many ACM/IEEE conferences, including the Technical Paper Chair at SC (Supercomputing) ’09, the Community Program Chair at SC’11, and the overall Technical Program Chair at SC’13. He is a fellow of the ACM and European ISC, and has won many awards, including the JSPS Prize from the Japan Society for Promotion of Science in 2006, awarded by his Highness Prince Akishino, the ACM Gordon Bell Prize in 2011, and the Commendation for Science and Technology by the Minister of Education, Culture, Sports, Science and Technology in 2012.