Observability vs Monitoring: The Key Differences DevOps Should Know 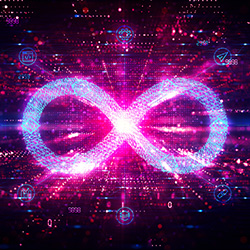 Did you know Monitoring and Observability aren’t interchangeable? They differ in both their focus and approach.

A monitoring system often focuses on the system’s response to some event, such as a request, and the state of the system at that point in time.

An Observability system focuses on the usage of a system and the actions of individuals that use a system, such as sending messages or reading data.

While monitoring focuses on the response to an event, an Observability system concentrates only on the usage and interactions of the system.

The term monitoring is often used to measure specific data or quantities to help developers identify and react to problems in a software system.

What Is the Aim of Monitoring?

Monitoring is commonly used in event-driven systems — where there is limited control over how the system will behave — to ensure that expected behavior is observed by the developer so that the programmers can address it.

How Does Monitoring Work?

In a distributed system, monitoring tools, typically written in a distributed programming language like Go, provide a way to monitor the observable effects of components, services, and interactions. For instance, a cloud-based communications platform may want to monitor the effectiveness of its call recording feature.

Observability is the measure of knowledge and understanding you can garner from a system, usually determined through the collection of metrics, logs, or traces.

What Is the Aim of Observability?

Traditionally, as a developer, you were responsible for writing the ultimately used code. After writing the code, it would do what it was supposed to do or fail, and the client would leave in a bad state.

With the shift to distributed programming, the nature of programming has changed. Today, as a developer, you are responsible for writing code that other developers consume, and in many cases, by a system of systems that may be deployed differently from your specific environment.

The experience of traditional programming was that bad things happened, and usually very frequently. The code was complex and, in most cases, had been written without taking time to consider how another person would consume it.

As a developer, you would probably never be in control of how other people would consume your system. However, in contemporary software, the code written by the creator may not control the data consumed by your system.

How Does Observability Work?

In a distributed system, the extent of control the code has over data is often limited. You are responsible for using the system to its fullest extent, but you cannot control what information is being consumed by your system and what code is being called.

More than ever, the use of observability is crucial in ensuring your system and the services that support it are performing as they should.

What Are the Key Components of Observability?

The principal components of observability are called the Three Pillars and are composed of metrics, logs, and traces.

Metrics are sets of information about a system, or component, in the form of a single, discrete value. Metrics typically represent the current state of a system and may represent a time period and aspect of that system in varying degrees.

Metrics should describe the system in a continuous, reliable, and understandable manner, with the format following a specific set of guidelines that help determine the metrics’ correctness.

Lists of log data that are modifiable somehow are crucial parts of observability. Logs are a consistent record of the behavior of a system and typically represent the state of a system at a point in time. A log should follow certain best practices to ensure reliability, correctness, and consistency.

What is a trace?

A Trace is a record of some aspect of your system that has been created. The critical distinction is that a trace is both a single point in time view and a look back over an extended period of time. A Trace can be either a log or a metric and typically represents a group of metrics representing events that occurred in the system.

Why Is It Beneficial to Have Observability?

Investments in monitoring tools and observability solutions that give you insight into what is happening with your services and applications are the single most valuable investment that you can make as a developer.

With these investments, you can make informed decisions that directly impact the availability, localization strategy, performance, availability, and health of your services, while also influencing the behaviors of the systems that make up your software.

Why Is It Beneficial to Monitor Performance?

The benefits of Monitoring Performance include the ability to:

Observability and Monitoring in Development Cycles

Why is there a need for Observability in DevOps?

In DevOps, observability is critical. The Big Data hype has led to the development of productivity tools that promise to reduce the risk of building an application. But more often than not, without observability, these tools will not do what they promise to do.

Observability in development cycles eliminates false positives and leads to improved operational metrics. When testing a software application, whether a multi-line phone system or a debugging tool, it is critical to identify any aspects of the program running incorrectly to fix it promptly.

While there is no single black-and-white answer to what constitutes observability in your development cycle, the LinkedIn Learning Library is one of the best resources. This library includes excellent resources on the capabilities and issues you need to consider when dealing with observability.

Can Monitoring help businesses save money?

First, it is essential to realize that not all Monitoring investments are the same. There are actually significant differences between what amounts to a Vital Monitoring Level and a Basic

A Basic Monitoring Level (often called queuing) usually appears in pre-production or a trial environment. It provides limited visibility into the system. At this level, developers rely on the Monitoring System and its agents to inform them of system load, availability, and service levels to make informed decisions about the system.

A Critical Monitoring Level is relatively high and should only be reached with great care. It is the last level that developers test extensively in the testing phase. Developers can consider the behavior of a system in the same way they view the application’s behavior—providing a higher level of end-to-end visibility.

Many of the platforms mentioned below — Fugue, Apache Mesos, Istio, and Consul, among others — are distributed Monitoring Systems perfect for measuring the observability of any business.

Fugue is a distributed service mesh with cloud-managed observability, enabling operators to monitor the health and performance of service-oriented software applications in production. Fugue’s comprehensive monitoring of any deployed app or server lifecycle is a built-in core component of the Fugue cloud platform.

The monitoring tools of Mesos enable developers to write simple monitoring scripts and watch metrics such as aggregate latency and count distributed objects. With Mesos, you can monitor the health of applications on Mesos clusters directly from your user’s desktop. Mesos also exposes services that you can instrument and monitor to drive your analytics, allowing you to track data across multiple performance marketing channels.

Consul makes it easy to collect data from all systems that matter to you. You can easily monitor any service, infrastructure, and application in one place, such as MongoDB, RESTful API, RESTful JSON APIs, and data stored in S3, Redis, Elasticsearch, or any other system.

Consul provides both in-scope/out-of-scope event notifications to CloudWatch and ServiceBus logs and triggers to notify service producers when there is a change to their API or message; it also provides a UI with easy-to-read dashboards for higher-level operations.

With native integrations to monitoring services and cloud platform services, you can easily understand network infrastructure health by visualizing alerts and triggers in the web-based dashboard.

Getting Started with Observability and Monitoring

While observability helps monitor a system in production, it is not a simple task. It should only be attempted if the system is reasonably tested, manageable, and configured to handle the desired level of observability.

Effective observability also requires a fast feedback loop and is not meant to replace dedicated monitoring tools and functionality. In most cases, alerting is sufficient, but if some system or service is particularly complex or in development, you may want to have dedicated observability tools and monitoring software, such as the ones mentioned above.

With that in mind, give all aspects of your business the same effort and dedication to ensure your business is robust and fool-proof.

So, Is Your Monitoring Observable?

Does all that make your monitoring ‘observable?’

The answers to these questions will depend on the types of observability your systems have, how much they evolve, how reliable they are, how visible the process graphs are, how dedicated the underlying hardware is, and the reason behind the developer’s building the project.

If your systems are constantly being recognized and processed, you’re probably monitoring observability just fine. But if you don’t have continuous diagnostics, monitoring is not something you should be tracking—you should be looking at your metrics and diagnostics.

As a matter of fact, if you don’t have an observability tool, you probably don’t have monitoring at all, but at least now you know how to get started.

Tanhaz Kamaly is a Partnership Executive at Dialpad, a modern cloud-hosted business communications and web conferencing platform that turns conversations into the best opportunities, both for businesses and clients. He is well-versed and passionate about helping companies work in constantly evolving contexts, anywhere, anytime. Check out his LinkedIn profile. 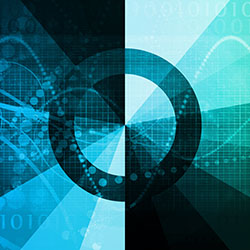 6 Pitfalls DevOps Should Avoid When Migrating to Cloud 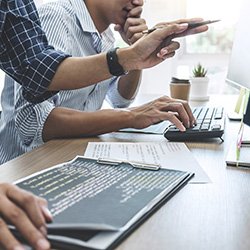 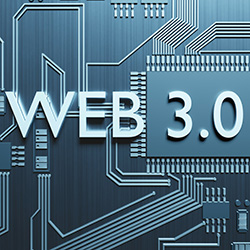 Welcoming Web 3.0: The Critical Role of Blockchain in Web 3.0 Development 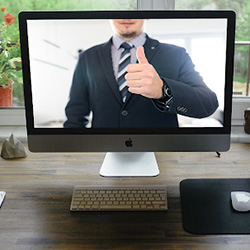 Security Service Edge: Will It Be the New ‘Must’ for Organizations Shifting to Remote/Hybrid Work? 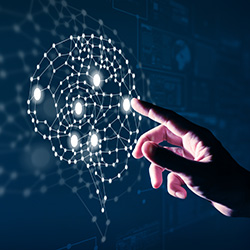